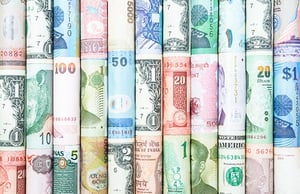 Online shopping has become the primary interface with the retail world for the vast majority of consumers. Retail is in the midst of a dynamic new era where eCommerce has broken down regional borders, bringing consumers and merchants to one international marketplace, existing entirely in the digital space.

Foreign exchange (FX), or the conversion of one currency into another, is the lynchpin that underlines international trade, but it’s still an area where many merchants lack the necessary level of expertise, which ultimately leads to lost sales and disgruntled customers.

We’ve seen far too many global eCommerce businesses who think of payments as a commodity – they simply sign a contract with a bank or payment service provider (PSP) without really analyzing whether their payment partner can fully support their FX needs.

Here are five things every merchant needs to know when it comes to FX:

Foreign Exchange value for both consumers and merchants

It goes without saying that in this global economy, where people are shopping across borders by paying in their own currencies, that FX is critical. Localizing websites and offering customers the currencies they prefer to pay in is the most obvious option, as it reduces customer drop-off and increases customer satisfaction. It’s also one of the most important ways in which global online merchants can take control of their transactions.

There are additional ways that merchants can leverage FX to their own benefit.  For example, when a European customer books a hotel room in US dollars, their card-issuing bank will use an inflated FX rate in order to collect euros. As discussed previously, the typical spread levied can be upwards of 3%

But what if you, as the hotel, took control of this process? By offering consumers the option to pay in their native currency, while creating a competitive local price, merchants can increase revenue and eliminate confusion around the all-in cost. Your customer is happy because they won’t find any nasty surprises on their credit card bill, and you’ve just managed to create an incremental revenue stream, rather than give it the banks.

So how can merchants wade through the tricky waters of foreign exchange? You need to analyze your situation and find someone to help you implement a FX strategy that suits your business needs, as well as look at currency pricing and what your PSP is charging you. The choice to localize in your target markets is ultimately up to you. By doing that, you can achieve additional growth by optimizing your payments and leveraging FX to your advantage.

Hope this blog post was helpful. If you have any questions, feel free to post them in the comments section below.