When people talk about contactless payments being the norm in transit they most often think of Transport for London, which has been incredibly successful with more than a million taps a day. What they don’t typically think of: U.S. transit. But things are changing.

The new iPhone update claimed that I can use my phone to pay for subway rides, and what, whaaat? - IT WORKS! #awesome #apple #phoningitin #thefuture #MTA #fourfivesix pic.twitter.com/WXZ7qXMYrQ

This excitement comes as no surprise for a handful of reasons.

As tapping becomes second nature to riders, we can expect to see adoption spread to other transit agencies in the U.S. (and likely to other areas like retail and food and beverage). We’ll be keeping an eye on the MTA OMNY roll-out and others as they emerge and will share more insights on our blog, so be sure to check back. And don’t forget to get in touch if you want to further explore contactless payments in transit! 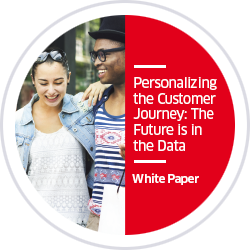