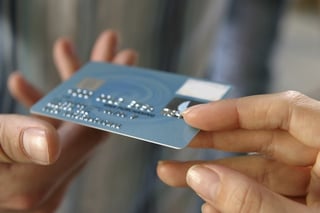 After U.S. payment networks implemented a liability shift in October 2015, merchants that did not support EMV became liable for chargebacks from credit card fraud. Many merchants have evaluated their risk based on chargeback history, and some were surprised by their post-shift fraud volume. This gave rise in the industry to various rumors, misinformation and theories about the cause of this change in fraud volume.

Many merchants believe that, after the EMV liability shift, payment card issuers implemented a code which programmatically found EMV card transactions processed by merchants who do not support EMV, and this triggered automatic chargebacks for those transactions.

If this were true, it would be a violation of card brand regulations and relatively easy to detect. Furthermore, card brands have found no evidence to support the claim of this malpractice actually happening.

The root of the matter

However, there is a logical explanation for the origin of the myth. Prior to the liability shift, issuers were able to detect probable fraud on disputed transactions, and—knowing they were liable for crediting the cardholder—they did not bother to process chargebacks. The Issuers felt it would be a waste of time and money, as it’s very costly for them to process chargebacks in addition to the actual transaction loss itself.

As a result, there were billions of dollars’ worth of fraudulent transactions not reported to merchants even though refunds were being issued to consumers. After the liability shift, the issuers had a valid business case to process these chargebacks to the merchants in order to issue refunds to cardholders.

Some merchants that had never seen chargebacks are now seeing them, leading them to suspect a problem with the payment system. Although there have been issuer-related problems with chargeback codes being incorrectly assigned, there is no evidence to suggest that the chargebacks are invalid.

The real risk for merchants

Credit card fraud is not going away anytime soon. With big box retailers already prepared for EMV, fraudsters are now targeting smaller merchants who might not be ready with the technology. This is one of the reasons why accepting EMV is critical for merchants of all sizes. Even a small number of chargebacks can harm the health of a business, but, if merchants have the right solution in place to accept EMV credit cards, they won’t be liable for any chargebacks.

If you have more questions on the chargebacks, fraud, or EMV migration, please submit them in the comments section or on our Ask an Expert page.