We recently had the opportunity to interview our partners and Ingenico experts regarding their payment predictions for 2016. We covered many topics ranging from EMV, NFC, payment security, Omni-channel, unattended solutions and more. This is the first of a three-part video blog series.

This video features Ruston Miles, Co-Founder/Chief Innovation Officer at Bluefin Payment Systems talking about how payment security will be a big focus in 2016. The video also features Chris Dismukes, SVP, U.S. Sales at Ingenico Mobile Solutions and Jeff Moskowitz, CEO and Founder of Hybrid Business Services talking about how 2016 will see increased adoption of NFC/contactless payments in the US.

“What payment technologies do I expect to survive and thrive in 2016? Well, as a payment security expert I’m going to speak to those technologies. You might have some other people speak other value propositions but from a security perspective we really see that 2015 has been the year of fixing the card and that’s EMV, sort of the counterfeit card situation. I think that going into 2016 we’ll see as the year of fixing the POS, securing the POS if you will. So, we’ll see technologies like point-to-point encryption or end-to-end encryption really come to the fore protecting those software systems and point of sale systems from malware and other attacks like it. EMV makes it harder - virtually impossible to counterfeit or duplicate a card but you really do need a lot of that terminal down. So On-Guard and point-to-point encryption I think really are going to be the technologies that we see going into 2017.”

“I think in 2016 there’ll be a better understanding of NFC and other mobile payments or cardless payments. We’ll be better at adopting those, better at accepting within a wider variety of merchants and I think that’s when we’ll start to really start to see this technology take off.”

“The trends going on in the industry, EMV, NFC, these types of technology advancements are amazing. A lot of our stores don’t even know the benefits of having that. We speak to merchants all the time. They’re like, “EMV? We’re not really sure what it is.” It’s like this scary monster that’s coming at them and they really don’t understand it or necessarily know if they need it or not. They don’t get it. What we’re trying to do is provide them with that [EMV] technology, NFC technology through the Ingenico terminal. All of those things are needed by the stores. They just don’t understand why or what they do. So, in providing that technology integrated into a system that they do understand, that they do want, we’re helping them upgrade their capabilities and helping them become compliant in many different ways that they wouldn’t have necessarily been able to do without that.”

Read other blog posts in the series: 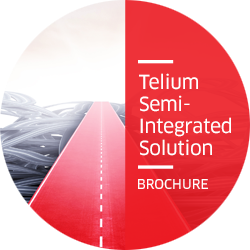